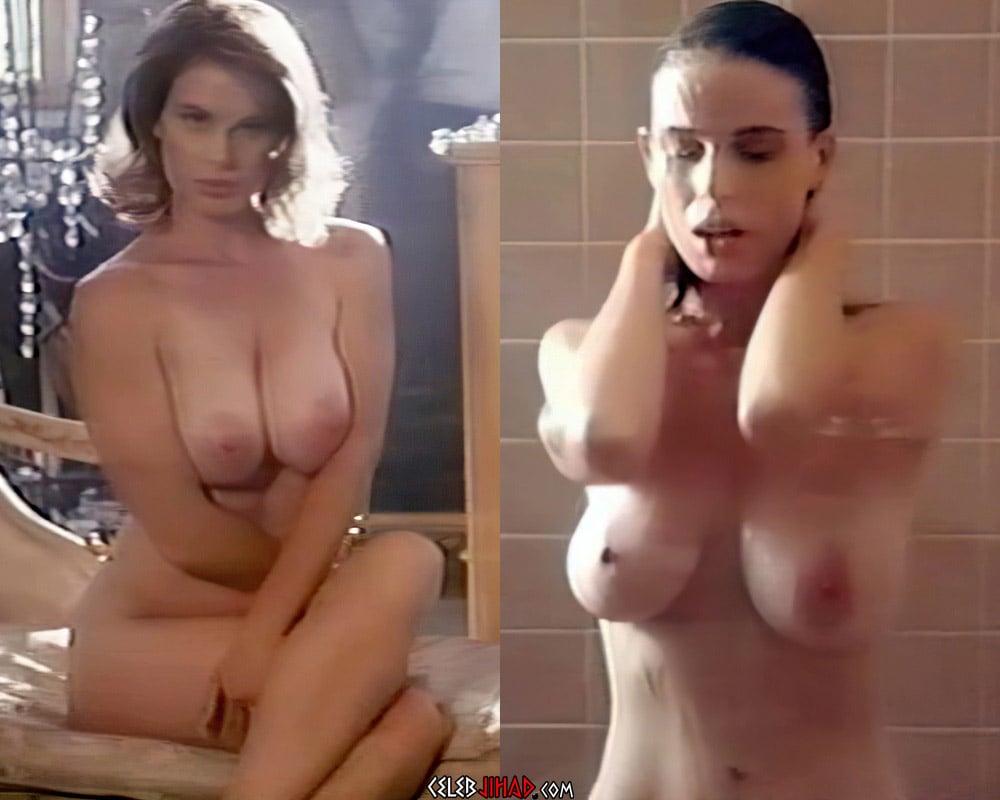 
It is rare in heathen Hollywood for a sequel to surpass the original… But as you can see when comparing Shannon’s nude scenes in this film to the ones that were posted yesterday from the first “Animal Instincts” (which can be seen here), this sequel is certainly even more depraved.

Sadly a third installment to this iconic franchise was never produced, and audiences are left wondering what could have been… As we never get to see Shannon getting those magnificent mammaries of Shannon’s slapped around and sexed by a virile Muslim’s massive manhood.